Electrical and electronics engineering is in the TOP 10 of the most recruited job in the world, which is related to the most developed technologies in modern life, such as renewable energy, microelectronics design, automatic control, and wireless communications. This is the area that the students are going to study at the Faculty of Electrical and Electronics Engineering (FEEE) in Ton Duc Thang University. To ensure that the students are provided with highest quality of education as possible, FEEE has been continuously developed since it was established in 1997.

At the first days, the Faculty had only one undergraduate program. To date, FEEE has developed many different programs from college to undergraduate, master and PhD. There are also some joint programs with high-rank university in Netherlands, Czech Republic and Taiwan.

In parallel with the development of educational programs, the faculty has been focusing on improvement the quality of the teaching staff. From 3 PhD at the first days, the faculty staff has now 22 PhD graduated from developed countries such as USA, England, Germany, Russia, Korea... There are also many professors from France, Czech Republic, Australia, Korea and Taiwan becoming the associate professors of FEEE.

The faculty facility has been equipped with modern equipment and softwares which are always updated and improve to catch ip the development of technologies. After being practice with these equipment and software, the FEEE students are confident to adapt well to the industrial environment after graduation.

At the beginning, due to the shortage of the teaching staff, the faculty had a lot of difficulties in educational management. To date, with the effort of the head of the faculty and the staff, FEEE has continuously improved his educational systems. FEEE can now self-control in the academic credit system.

Scientific research is the most developed area of FEEE. In 2009, FEEE became the first Faculty of TDTU that can organize an international conference, which attracted a lot of scientists and professors from Vietnam and around the world. In 2013, FEEE successfully hold the International Conference on Advanced Engineering – Theory and Practice (AETA), and since then, this conference has been organized at least once per year. This conference is the first international conference organized by a Vietnamese university that has its proceedings printed in the series Lecture Notes in Electrical Engineering, published by Springer. The proceedings is indexed in the ISI and scopus database.

Faculty of Electrical and Electronics Engineering (FEEE) has a strong partnership with many huge technology corporations, such as Viettel, Vietnam Electricity – Southern Power Corporation (EVN SPC), Vietnam Electricity – Ho Chi Minh City (EVN HCMC), ABB Vietnam, Siemens, Endress+Hausser, etc. Hence, the electrical and electronics engineers who graduate from TDTU are currently the priorities for job recruiting from big companies in the country. FEEE has also been chosen by the EVN SPC as the sole education organization to provide the Bachelor program for the staff of EVN SPC, who are currently the managers at intermediate level in the local branches of EVN SPC in 21 provinces from Ca Mau province to Ninh Thuan province. FEEE has collaborated with EVN HCMC and Vietnam Eco - Solutions to set up the on-grid high-power solar energy systems at TDTU, which is the first similar system in any universities located in Ho Chi Minh City.

FEEE students in the field trip to Renasas company

Regarding to the international collaboration, in 2007, FEEE became one of two faculties of TDTU that have cooperation with international partner (Saxion Universities of Applied Sciences, Netherlands) in joint education program. Since then, there have been many cooperation activities with famous universities in the world, including joint training program, research collaboration, conference co-organization, laboratory sharing, student and faculty exchange, etc. 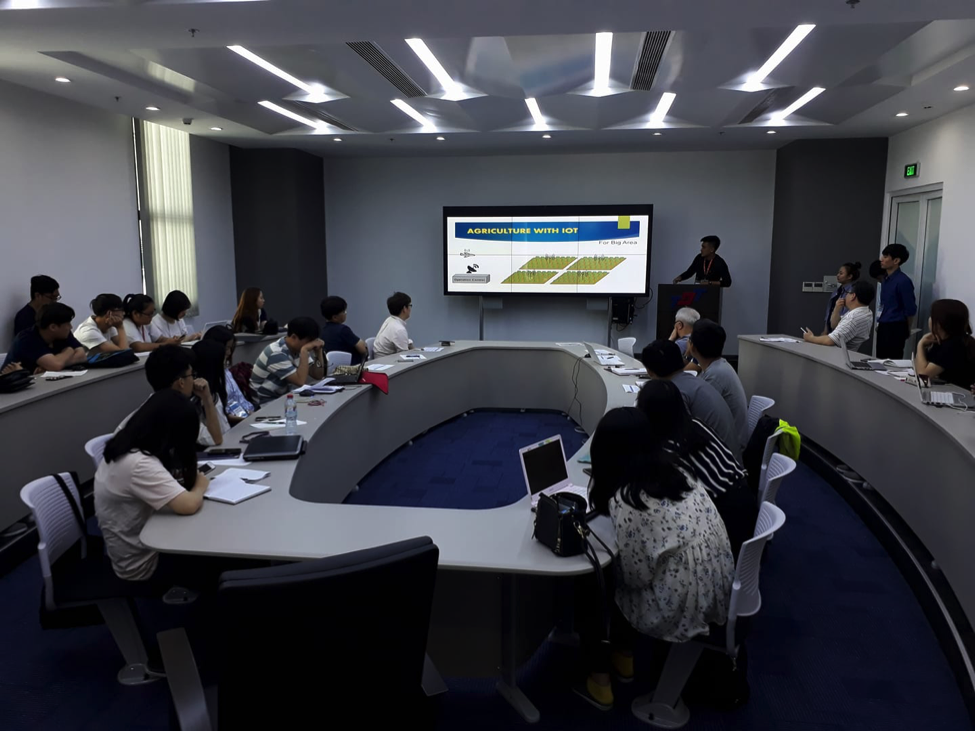 Welcome from the Dean

Back to ABOUT US